This event has passed

She has worked alongside some of the pioneers of the social entrepreneurship and impact investing movement globally. Grace has been recognized as Prestige Singapore’s Top 40 Under 40 and Cosmopolitan’s Top 12 Female Leaders in Singapore, 2014, and was a nominated Young Global Leader, World Economic Forum (2013).

She has an MBA from he University of Oxford where she graduated with Distinction and is a Skoll Scholar.

She has to ski and dive at least once a year.

East Community Director for Startup Grind, facilitating the growth of local startup communities across Africa, Eastern Europe and Asia-Pacific. PastMindvalley Entrepreneurship Coordinator. Before moving to KL: co-organized the 1st #StartupCampLatam with @Wisboo, did Marketing and PR for @NXTPLabs (leading seed fund accelerator for Latam) and was the Country Manager for AIESEC in Southern Cone (Argentina, Chile and Uruguay).

Tracey is the Scrum master at REVAsia. In her part time, she conspires to develop entrepreneurial communities back in her home country, Botswana, and moves everything to make sure Startup Grind KL keeps happening successfully. She is a Computer Science graduate from the Nottingham University.

Google is committed to empowering entrepreneurs around the world through programs, partnerships, and our products. 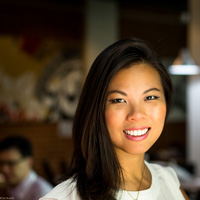